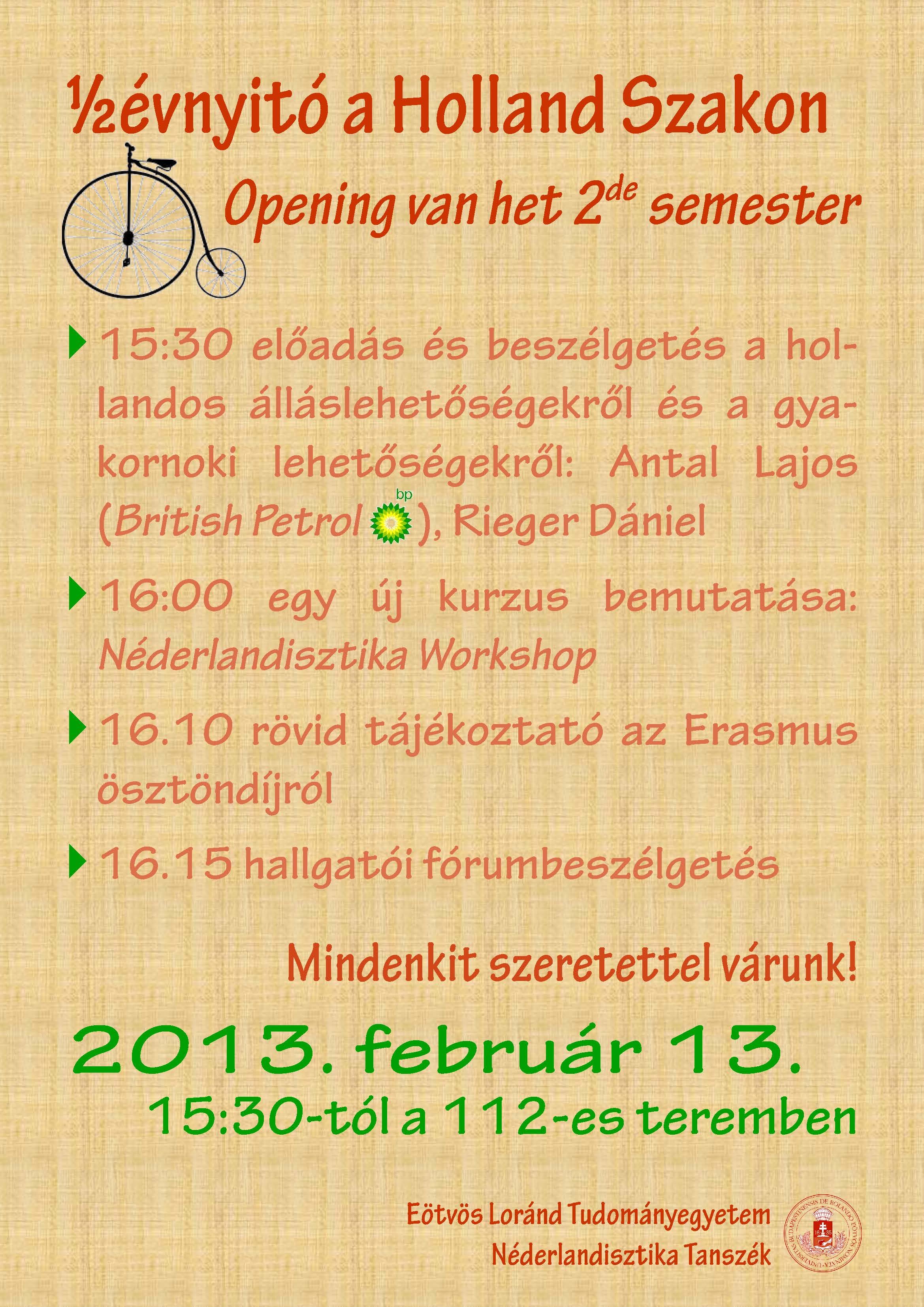 Invitation to collaborate in CODL

The projectAn International Network Studying the Circulation of Dutch Literature (CODL) funded by The Netherlands Organisation for Scientific Research (NWO), was launched in October 2012.Its title indicates what the project is about: we wish to consolidate an international network of specialists of Dutch literature and we want to study the international circulation of Dutch literature. An elaborated description of the project can be found in the ‘CODL Project Description’ document.

Within the CODL ten focus groups are set up, each of which will study the circulation of one work of Dutch literature in translations, adaptations or other forms. We would like to invite you to participate in one of these focus groups. Project participants will work in close cooperation in an international and interdisciplinary group, with focus on one case. They will post translations and adaptations on the virtual collaboratory, they will discuss their research on the circulation of the literary work in focus, together they will prepare a presentation or panel for one of the workshops, and will contribute to a joint publication (and/or partial publications in open access on the website), etc. You can also join the project by participating in a translation group of students and teachers working together on the translation of a number of selected texts into your own language, using the ‘Reader for CODL translation groups’. Each focus group will have a chairperson for the coordination of the activities of the group. The CODL project will run for three years.

We plan three workshops, in Rome, Budapest, and The Hague, each of which will provide the possibility to discuss a number of cases; they will also provide the context for pursuing methodological and theoretical aspects of the research. In addition, CODL is involved in research grant applications in related subjects, as well as the in the organisation of several other conferences. On 4 December 2012 there will be an international CODL-conference in Brussels: ‘De leeuw leeft! Hendrik Conscience in Europees perspectief’ [The Lion Lives! Hendrik Conscience in European perspective]. On 24 and 25 October 2013 there will be a colloquium ‘A Longitudinal Approach to Transnational Literatures: the Dutch case’ at the Netherlands Institute for Advanced Study in the Humanities and Social Sciences (NIAS) in Wassenaar.

Linking CODL to other initiatives and groups is encouraged, and supported if possible. We also encourage new affiliated projects, such as making a translation of the chosen texts, the organisation of a theatre production (whether or not with students) or workshops.

You can find a longer description of the project on the CODL website at www.CODL.nl. The site is still under construction.

Between 2012 and 2015 three research teams – the Centre for Reception Studies (CERES) of the Hogeschool-Universiteit Brussels (HUB), the Eötvös Loránd University in Budapest in cooperation with COMENIUS (Association for Dutch Studies in Central Europe) and the Huygens Institute for the History of the Netherlands (Huygens ING) in The Hague – will collaborate in the project An International Network Studying the Circulation of Dutch Literature (CODL) funded by the Netherlands Organization for Scientific Research (NWO). They will do this in close cooperation with other researchers and organizations.

Over the centuries, Dutch literature has not gone unnoticed internationally, a fact that has been convincingly demonstrated by the pilot project Beatrijs internationaal (2009-2012). [1] This pilot project has shown how successful the study of Dutch texts can be in light of contemporary reader-response and translation theories. It has also brought forth an intensive dialogue and cooperation between researchers and translators of Dutch literature and experts from other fields, both within and outside the Dutch speaking community.

The development of international Dutch studies, the need to combine expertise from different fields and the new potentials of the digital media offer the possibility to approach Dutch literature in a transnational context. With the CODL project, we want to expand the network of cooperating researchers and widen the scope of the pilot project. In the long run, this process of internationalizing should lead to a history of the circulation and export of Dutch literature.

The cooperation CODL pursues has been called for repeatedly within the field of Dutch Studies in the past few years. The so-called ‘intramural’ Dutch Studies can facilitate cooperation by focusing attention on the study of translation and on the reception of Dutch and Flemish authors abroad. In the ‘extramural’ Dutch Studies such an approach has been established practice for a longer period. Such a focus on the export of Dutch literature also implies close cooperation with scholars of literature in other languages as well as translation scholars. In this respect CODL supports the efforts of the Nederlands Letterenfonds (Dutch Foundation for Literature) to promote the visibility of translators and translating,

CODL creates excellent conditions for precisely this kind of cooperation. It makes a valuable contribution to the formation of theory about the creative reception and transfer of literary texts. With a diachronic perspective it adds a further dimension to traditional reception studies by focusing not only on the transmission and appropriation of a certain literary text or text corpus, but also on the Werdegang of its translations and further adaptations. In the framework of CODL Dutch literature is viewed in an international context. In Dutch Studies, the import of foreign literature is increasingly becoming a study object. CODL looks at the internationalisation of Dutch literature by focusing on the export, rather than on the import. The combined results on both processes and their interrelation will lead to more understanding of the transfer of specific texts and the circulation of literature in general.

What are the objectives of CODL and how does it work?

CODL is set up with a dual objective, combining infrastructural goals with objectives pertaining to literary research. One of its aims is the consolidation, strengthening and expansion of the network of international Dutch Studies. This interdisciplinary network consists mainly of specialists of Dutch literature and literary translators affiliated with departments of Dutch language and literature within the Netherlands and Flanders,as well as departments of Dutch outside the Dutch-speaking regions. Representatives of other disciplines, such as translation studies, comparative literature, cultural studies, and theatre, film and media studies also participate in the project. CODL tries to obtain European funds to continue the cooperation and make future research possible. In addition to the infrastructural aim, CODL wishes to launch an ambitious plan for the future to write a history of the international dissemination of Dutch literature. The project’s literary-historical and methodological/theoretical aims should be seen in the context of this objective.

Regarding the literary-historical objectives CODL is not oriented towards making an exhaustive inventory of translations and adaptations of Dutch literature. Using a diachronic approach it focuses on a few key texts from the Middle Ages to the present day in order to look at their circulation history in a broad sense, including translations and adaptations, outside and inside the Dutch-speaking area. To this purpose, we have made a selection of ten canonical Dutch literary texts of different periods, status and genre. We welcome further relevant cases.

Our inquiry is guided by questions such as: What are the characteristics of Dutch literary texts that cross linguistic, historical, geophysical, political, religious or disciplinary borders, taking into account that the borders themselves are also due to change in the course of time? How do Dutch literary texts cross these borders: how are they translated and/or adapted, who are the mediators (translators, editors, critics, teachers, readers, private and governmental organisations), and what role does adaptation into another genre or medium play in the transfer process? Why do these texts cross the borders? Which poetical, biographical, societal, ideological factors influence the transfer? How and why do canons of Dutch literature differ in different areas, periods and social groups?

At the same time CODL also has methodological and theoretical aims. In this field the inquiry will include the following questions: How can cultural transfer be studied? How useful are concepts like ‘repertoire’ (Even-Zohar, Andringa), ‘interpretive communities’ (Fish), ‘framing’ (Baker), and ‘adaptation’ (Hutcheon) as methodological concepts in this type of research? How can reception studies benefit from theoretical frameworks like imagology, translation studies, discourse analysis and sociological approaches? How can textual and contextual approaches be combined in the study of reception? And how can key terms like ‘translation’ and ‘adaptation’ be conceptualized in the shifting cultural paradigms from the Middle Ages until the 21st century?

What results can we expect from CODL?

CODL is expected to produce the following results:

A steering committee consisting of Elke Brems (CERES/HUB), Orsolya Réthelyi (ELTE) and Ton van Kalmthout (Huygens ING) will coordinate the project. The three research groups launching CODL are complementary from a geographical perspective: Huygens ING (The Netherlands), CERES-HUB (Belgium), and COMENIUS-ELTE (international). They bring together specialists with expertise on medieval, early modern and modern literature from the Low Countries. Each group also contributes methodological and theoretical expertise that will lead to a fruitful exchange and debate, especially regarding reception studies, translation studies, discourse analysis. The international character of CODL is enforced by the teams and individuals from other countries who investigate and translate Dutch literature in an international context.[2] The Digital Library for Dutch Literature (DBNL) and the Netherlands Organization for Scientific Research (NWO) belong to the organizations that facilitate the project.

Around which literary texts will the focus groups be organised?

[1] A (Dutch) account of the project Beatrijs Internationaal and its concluding conference Beatrijs de wereld in can be found on the following website: www.middelnederlands.be/beatrijsinternationaal/. The proceedings of the conference will be published by Academia Press in Ghent in a volume edited by Ton van Kalmthout, Orsolya Réthelyi and Remco Sleiderink (2013). 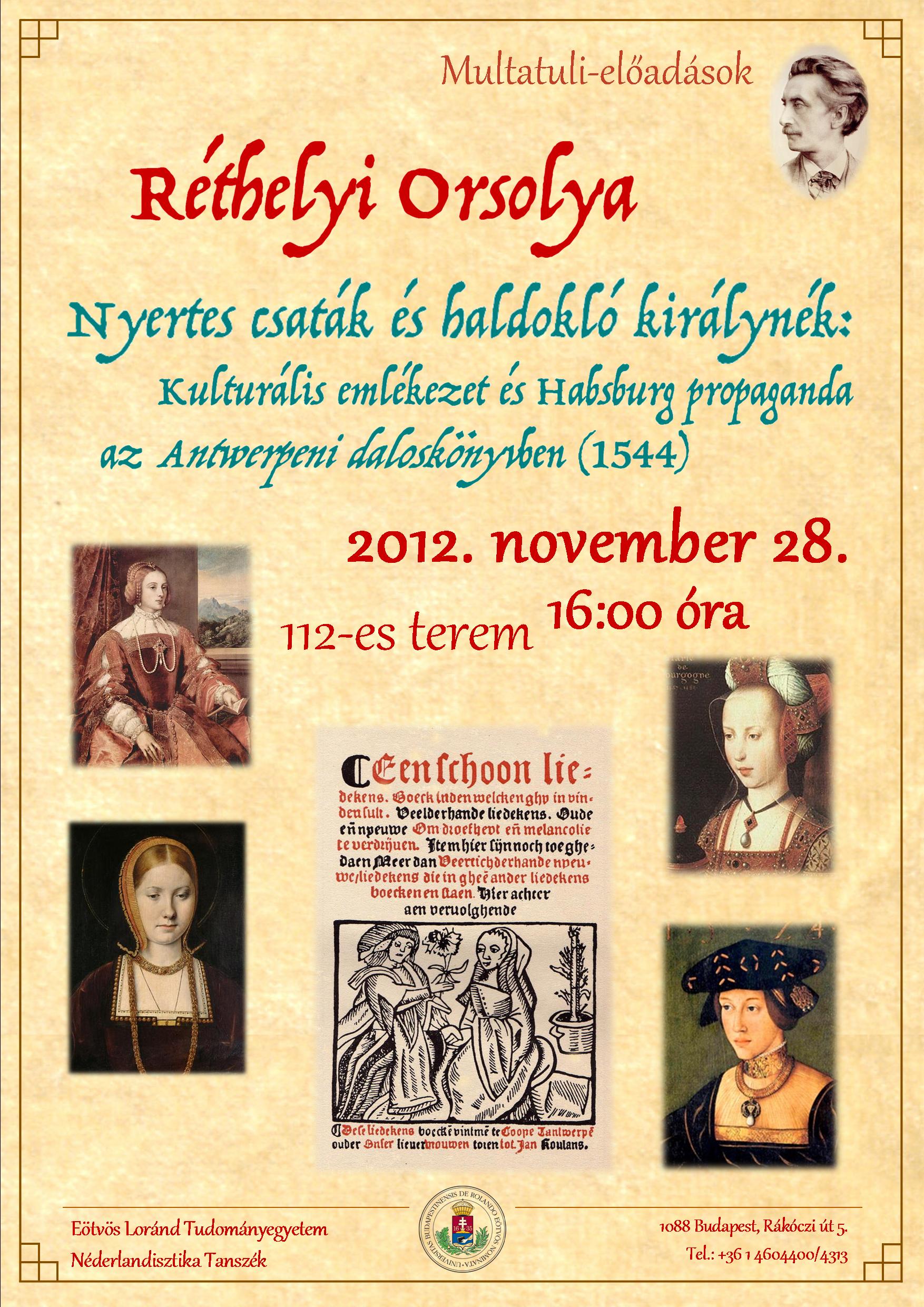